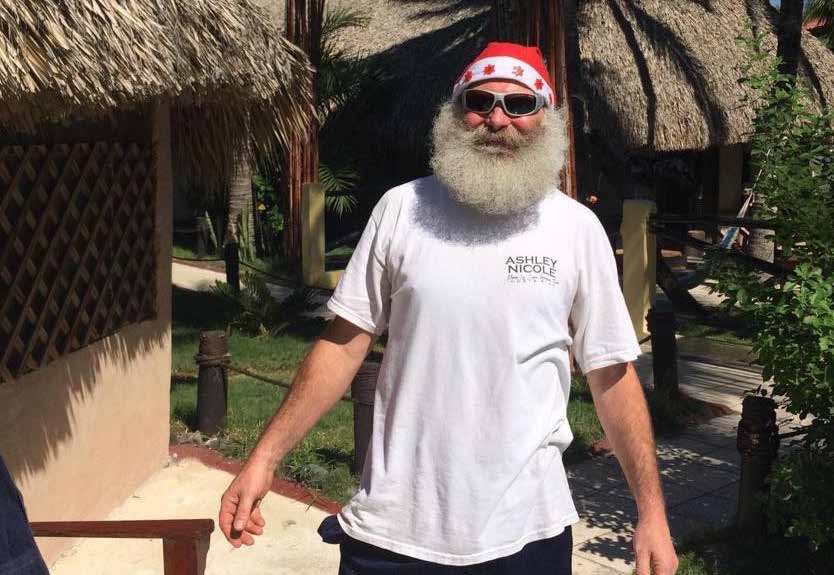 James “Jimmy” Oboyle, 59, of Randolph died Monday, April 25, after crashing during his first motorcycle ride of the season.

According to Vermont State Police, which was joined by the White River Valley Ambulance, Randolph Fire Department, and DHART helicopter in responding to the crash, the conditions were clear and dry and Oboyle was wearing a helmet when he crashed on Route 66 in East Randolph, near the intersection with Route 14.

Police identified Oboyle and noted he was driving his 2001 Harley Davidson, and crashed at about 7:25 p.m.

As a result of the crash, Oboyle was seriously injured. DHART transported him to Dartmouth-Hitchcock Medical Center where he later died.

Police ask anyone who witnessed the crash to contact Vermont State Police; the crash remains under investigation.

“The last thing he ever said to me was ‘I love you, you’re the best thing that’s ever happened to me,’” shared Oboyle’s partner of eight years, Gigi Fanning. That was right before he headed out for his ride, she said.

He was doing a loop— Routes 66, 12, 107, and 14, she said, noting that Oboyle had ridden motorcycles his entire life—though he didn’t have a motorcycle license.

“He was always a questionable choice for me … he wasn’t the kind of guy that liked to open his mail,” said Fanning, laughing. “Let alone take care of all of life’s necessities … that was the questionable part.”

For example, she said, his driver’s license had expired on his birthday—March 30— but he hadn’t opened the envelope from the DMV.

The two met through a mutual friend, and Fanning said she kept him at arms length. After five months they started dating; four years later they moved in together.

“We dated for about nine months before I really let him in—but he was already in.

“You can’t help but love the guy,” she added.

The couple traveled together frequently—their last trip was to the Virgin Islands before the pandemic—and were staples at their friend’s Christmas party, appearing as Mr. and Mrs. Claus annually.

Most memorable, said Fanning, is Oboyle’s laugh and sense of humor.

“He was always the type that made people feel comfortable, said Fanning, adding that she’d tell him “he had more luck than sense.”

For example, she said, during the trip to the Virgin Islands Oboyle and two of his friends took a dingy and “stormed” a bar.

“The crux of that story is that the swords were taken… drug runners. And Jimmy, in his bravado jumped on the guy’s boat and demanded their wooden swords back— and he got them with no incident!”

Since his crash, Fanning said the community has been reaching out to her and offering support. Everyone has a “Jimmy story,” she said— though many are not G-rated, she chuckled.

He would wake every morning and feed the chickens, then head out to work as a carpenter.

“He was always loving,” she emphasized.

He leaves behind two sisters, and two grown sons, she added, noting that a wake will be held later this month, and announced on social media.