Investing in the White River Valley

Financial Club Readies For Second Round 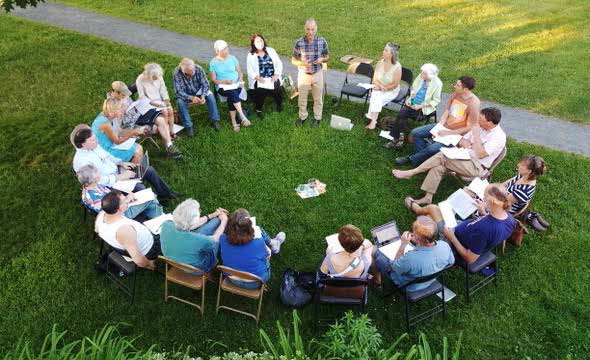 For many, supporting local economies usually means buying local food, shopping on Main Street, or donating to local causes—but a local group has taken that one step further.

To the members of the White River Investment Club, the local economy is not only valuable and worth protecting, but an opportunity for lucrative investment.

The club seeks to be an alternative from Wall Street investing, boosting local economies and enabling local businesses while getting returns on investments. Since 2015, the White River Investment Club (WRIC) has been supplying loans to local businesses at reasonable and flexible interest rates. Now, the club is starting a new portfolio with a new capital account. The new LLC is titled WRIC2, and represents an opportunity for new investors to get involved in developing a fresh portfolio of investments.

It can be difficult for small business startups to get sufficient loans from a bank, as the perceived risks can be too high for banks.

WRIC2 had its first meeting on Monday, June 28, under a rainbow on the South Royalton green.

The meeting consisted of sifting through the complexity of becoming a new legal entity, electing officials for WRIC2, discussing investment opportunities, and talking about the website built by new member Kezia Frayjo.

As of the meeting, there are 13 returning and five new members of WRIC2.

Ward said they’re planning on four or five initial investments, aiming for a wide impact in the community and a diversified portfolio. The club is open to anyone in the area seeking a minimum investment of $2,500.

WRIC2 committed to Piecemeal Pies as its first investment as an organization at the Monday meeting. Piecemeal Pies is a farm-to-table meat pie restaurant in White River Junction that is looking for funding to open a second location in downtown Stowe.

The restaurant is seeking funding through Mainvest, a crowdfunding website for investments with the slogan “Invest in Main Street, not Wall Street.”

The club voted to invest moderately into the organization after a back-and-forth debate over the economic feasibility and social impact of the restaurant.

Each member voiced their opinion. Overall, Piecemeal Pies’ proven profitability, local food sourcing, and fair treatment of workers outweighed the distance from the WRV, and the inherent risk of restaurants, members felt.

In 2017, Lauren Stevens and her husband Peter Varkonyi had dreams of getting involved with the food industry, but didn’t have nearly the capital needed.

The couple developed a business plan, set their sights on the Brownsville store location, and began looking for investors.

The WRIC invested as part of a large private-investment push that got the shop running.

Since opening, Brownsville Butcher & Pantry has been a roaring success, seeing financial growth every year since it opened. This year the owners will be closing the mortgage on the building.

“Local investors are able to physically, tangibly see what their money is building, that has a lot of weight to it,” said Stevens.

“My appreciation of keeping dollars local has become all the more important. That translates to us purchasing products for our store, and building out staff and sourcing materials. The value of the dollar is exponential when it remains local,” she said.

The club’s Reed has a background in banking and finance, and can, like other members, offer businesses that approach the club for advice as how to best move forward as a company.

The club’s flexibility allows for unusual financing solutions. Ward explained one example where instead of fixed monthly payments, a chicken processing truck was able to pay the loan back based on the throughput of chickens processed, meaning that when the truck was idle, no payment was expected.

South Royalton couple Geo Honigford and Sharon O’Connor are new to the club. “It’s easy to invest in Wall Street and support massive businesses,” but it’s more worthwhile, Honigford said, “to support businesses in your area that might need a leg up.”

At the Monday meeting, all of the officials from the WRIC were reëlected for WRIC2. Jerry Ward will serve another year as president, with Peter Reed as vice president. John Dettwiler will continue serving as treasurer, with John Pimental as his assistant treasurer. Sylvia Desautels remains the secretary.