By Kassie Tibbott and Kym Anderson 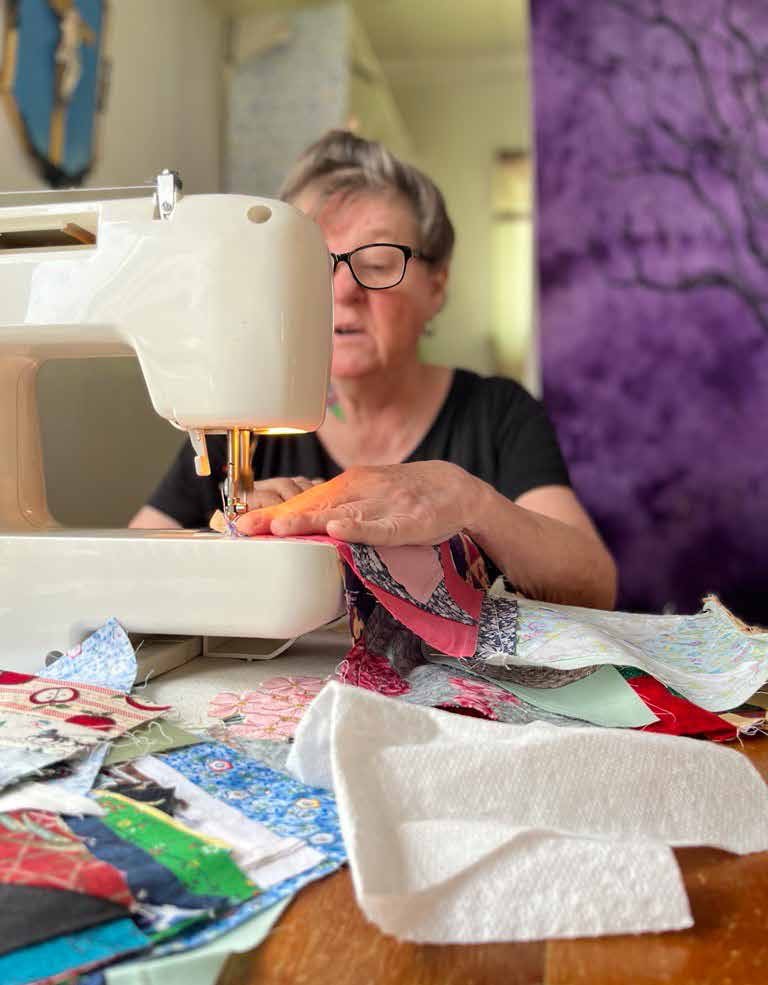 This is part of a series, which aims to give a view inside the lives of people who are now trying to re-enter society on probation after felony convictions. Due to Department of Corrections policies, interviewees are referred to by their initials.

Criminal incidents that occur in the community are shared by media outlets because the public has a right to know about them. But now that newspapers are published online, the information remains easily accessible forever.

C.R., a 59-year-old craft enthusiast, has lived in the Randolph area her entire life except for the 18-months she was incarcerated for domestic assault.

“I was bullied and ridiculed and picked on. And it still continues to this day. They call me the stabber lady,” she added.

C.R. was the sole caretaker for her father and her son before she was incarcerated, which led to their loss of housing. Since returning to Randolph in summer 2019, C.R. now “sticks to herself” and only goes out to shop for groceries.

“When I go out in public it makes me feel weird. Like I’m out of bounds or something. My best bet is to stay home,” she said.

C.R. always has something to do—from quilting to making dolls to paper crafts, she spends a lot of time at home working on her solo projects.

“I made a wrong decision and I regret it because I went to jail … but programming taught me how to think before I react. I trained my mind to think about the possible outcome,” she said, adding, “I still walk with my head held high.”

J.A., a 34-year-old sketch artist was in a similar situation, but also grappled with being the only Black person in the town he lived in. J.A. served a five-year term of incarceration for indecent behavior. He rejoined the community in early 2020.

“I was in a bad place in my life. I came clean and did what I had to do to become a better person,” he said.

“People read a headline and think you’re a monster.” He added. “I’m not a social person anymore. When I sit in a crowd, I feel judged. If not by my background, by my race.

“Here in Vermont, the car I drive gets looks from people all the time. They say, ‘oh, you’re a Black guy, you shouldn’t be driving that… where’d you get that car? You must be selling drugs.’ That’s not true. I work hard for everything I have.”

J.A. spends his days at home and his nights at work. He is the shift supervisor at a factory and typically works 65 hours per week.

“I guess I’m really good at my job, so they move me here, there, everywhere. Recognition is good,” he said.

“I wish there was more of it in the community. That more people would see that people can change, fight the odds, and overcome.

“And what about people who had a charge dismissed or a conviction overturned? I don’t see those updates in the newspaper.”

S.B., who moved to Randolph in November 2018 after spending five-years incarcerated for sexual assault, said “I have not fully forgiven myself. I don’t know if I ever will.

“I’m always working toward a better confession,” he added.

S.B. is a 56-year-old avid reader. After moving to Randolph, he started over from scratch. At first, he rarely left his apartment in fear that someone would find out what he did.

S.B. walked to Rite Aid for groceries and to Clara Martin Center for treatment but relied on the internet for everything else. He ordered books instead of visiting the library and didn’t feel comfortable reaching out to old friends and family, so he spent his time inside playing video games.

“I do need help,” S.B. asserted. Treatment is no longer required, but S.B. continues to attend individual and group counseling to figure out why he acted the way he did. For months, S.B. had little connection to the outside world. The first time he recognized the mailman he turned away. But he couldn’t hide forever.

“He smiled and asked how I was doing.” S.B. remembered. “I didn’t mind general pleasantries but didn’t want to dig too deep.”

S.B. has been gainfully employed at a factory since he got out of prison. He has a degree in accounting but the idea of putting himself “out there” and applying for work in that field is too overwhelming.

The first time a coworker from the factory read about S.B. on the internet they shared the information with other coworkers and then the group went to the HR department to voice concerns.

S.B. had been transparent about his background when he was hired, so the HR department “backed me up,” he said.

“It took a long time, but that coworker eventually got to know me and who I actually am.” S.B. said. And that coworker has invited S.B. for an e-bike ride in the spring.

“I wish everyone would talk to people and try to learn more about them,” he added.

S.B. now lives in Orange and still leads a life of solitude. “My struggle with shame is a part of my sentence. I understand that it could be for the rest of my life,” he said.